It’s 09.43 as I’m starting this post and I didn’t sleep at all last night. No, it wasn’t insomnia. It was OSCARS NIGHT. If you know me half well you know how much I love The Oscars.

The first time any kind of movie award caught my attention was back in 2013. I had loved movies all my life, way before that, but I was taking cinema classes in college so I became interested in awards, actors and technical aspects. I’m not sure I actually watched the ceremony in 2013 but I know I was really happy thatArgowon. 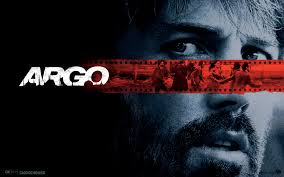 Now, 2014 was a turning point. I had done so much research for the whole of 2013 and was way more into the whole Oscar phenomenon. I had watched all the films and was rooting for 12 Years a Slave, which ended up winning Best Picture. I was very happy with the winners of Best Actor in a Leading Role and Best Actor in a Supporting Role, Matthew McConaughey and Jared Leto for Dallas Buyers Club. In my opinion, all of the movies were really good that year. Here’s the full list of nominees:

By 2015, I was addicted. It had become my thing. It was also the first time I felt deceived. Oh yes. I was rooting for either The Imitation Game, The Theory of Everything or Boyhood. Wonderful movies. I mean, I had three favorites, it’s not like I would be disappointed, would I? Wrong. Birdman or (The Unexpected Virtue of Ignorance)took the Oscar for Best Picture. Okay. But why? I was happy that Eddie Redmayne won Best Actor for The Theory of Everything because, let’s face it, he played a damn good Stephen Hawking. Julliane Moore took the Award for Best Actress with Still Alice which was well deserved. Still, my heart broke a little.

2016 came and my dreams were shattered once again. There were so many good movies. I mean, I did like Spotlight, the winner. But it’s not the one I would have picked. There was Room, The Revenant, The Martian, Brooklyn, Bridge of Spies, The Big Short. I felt like there were better choices for Best Picture. Thank God Leonardo DiCaprio won Best Actor in a Leading Role, FINALLY, otherwise I would have lost my shit! Although I do think Eddie Redmayne should have won again, for his brilliant performance in The Danish Girl. He would have won two years in a row, which would have been awesome. But Leo deserved that Oscar. He froze his ass in Canada to film The Revenant. I mean, he had been freezing his ass since Titanic and no Oscar. He got inside a friggin horse. It was his.

2017 was a weird year for me. I had seen all of the movies and was really excited but fell asleep before the ceremony. It was actually a blessing, otherwise I might have had a stroke because of the “La La Land… Fuck no… Moonlight” incident. I was obviously rooting for La La Land and the disappointment would be too hard to take after that false alarm. The other films were all really good, though, the best being Hacksaw Ridge, in my opinion.

So you have probably realized by now how I’ve been robbed since 2015, haven’t you? So unfair. Well, this year was no different. I was feeling pretty confident that Timothée Chalamet would win Best Actor. Nope. That dude who played Churchill in The Darkest Hour (A.k.A Dunkirk number 2) took Oscar home. Well, that was sad. Fortunately, Best Picture was still to come and I was fine with either Three Billboards Outside Ebbing Missouri or Call Me By Your Name. I was so wrong. The Shape of fuck a fish won instead. I mean… How? Why? I feel empty inside. How could they do this to me?? You do understand why I’m so upset don’t you? Thank you.

Yeah, I just needed to vent and share this long, sad story. The Oscars are probably the reason I take so much medication. It’s too much too handle. Year after year. I guess I’ll just go and cry in a corner now, maybe listen to the La La Land soundtrack and try to feel better. There’s always 2019. No one is getting my Oscar next year.

Are you a cinema lover?

What’s your favorite movie ever?

How do you feel about the Oscars?

Did you watch any of this year’s nominees?

Were you rooting for a film/actor?

5 thoughts on “My Oscar History – Getting Robbed Since 2015 #justiceforcheila + Share your opinions: Let’s Talk Cinema”