Do you still remember me? I’ve been kind of absent. I intend to get back for good , and return to my daily posting. Now that our vacation is over, I can get back to my routines, tasks and to-do lists. You like that, don’t you?

Today I bring you a lists of the books, series, films and documentaries I plan on watching from now until the end of the year. I never know what to read or what to watch, so I feel more organized if I make lists. Also, I can get your opinion and suggestions, which are both very welcome.

Day 6: Requiem for a Dream (I’ve started this one but gave up. It was late and it was confusing. I’ll obviously get back to it)

Day 7: Before Sunrise (Already waiting on my computer so it will probably be the next one to watch)

Day 22: To Kill a Mockingbird

Day 28: Beauty and the Beast (Waiting on my computer)

I intend to keep this list and go through it and I’ll only make a new one when I finish this one. I’ll probably watch other movies that might premiere until the end of the year or Rui’s choices for movie night. I’ll add them to the list as I go.

This is actually the first time I do a to be read list, I think. I know many bloggers who do it and I actually read their lists. I’m also usually impressed with how many books they can read in a month or year. Very fast and avid readers out there.

I did a little shelf-shopping and found a few books I’ve bought and that I’ve been meaning to read for a long time and decided it was time. Why read something else before going through my virgin books? So, from my collection (which is not big, I own between 40 and 50 books), I’ve picked the following:

Remember Me? by Sophie Kinsella

Os Enamoramentos by Javier Marías (Portuguese but from a Spanish writer)

The Portrait of a Lady by Henry James

Lady Chatterley’s Lover by D. H. Lawrence (One of my favorite writers)

Books I’ve borrowed from the Library:

I’ve borrowed these because they are lighter reads than classics. I do prefer classics but they can get boring and are more difficult and slower to read because of the language. I can read a little faster in Portuguese so these might come handy when I’m busy. They’re usually very good books, although a little bit tragic for my taste.

I don’t have a kindle reader but I read them on my phone, which is fine. I would rather have some kind of tablet or ipad but the phone will do.

Better Off Wed by Laura Durham

A Tale of Two Cities by Charles Dickens

Now from books to series:

So, these are my lists.

Do you have any suggestions?

Thank you so much for reading. 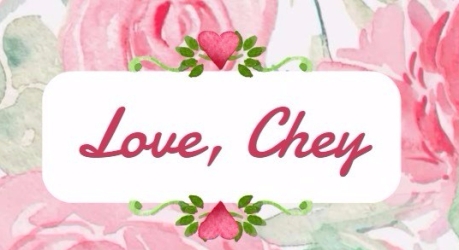